Evolution of a strike

Ottawa commuters (and bus riders in general) are nearing the end of their first work week dealing with what could be a protracted transit strike. In case any non-Ottawa readers were wondering, this is far and away the biggest news in the city -- no surprise there. Let's take a look at how the strike evolved over the last few days on the covers of the Ottawa Citizen and Ottawa Sun. 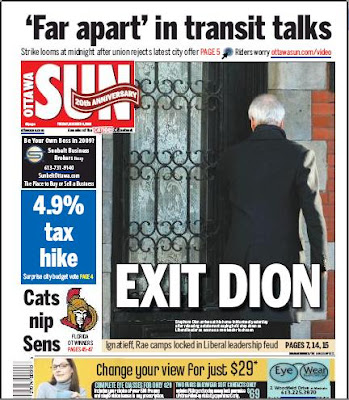 On Dec. 9, the Sun was still warming up its coverage and favoured the resignation of federal Liberal leader Stéphane Dion over the strike, which it featured on its flag. 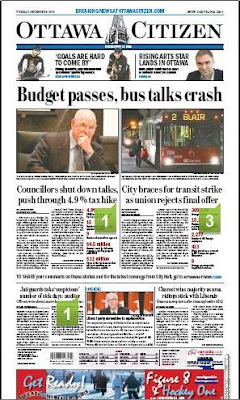 On the same day, the Citizen juxtaposed coverage of the City budget passage with the looming transit strike. This was the beginning of the paper's devotion of its front page to the strike. 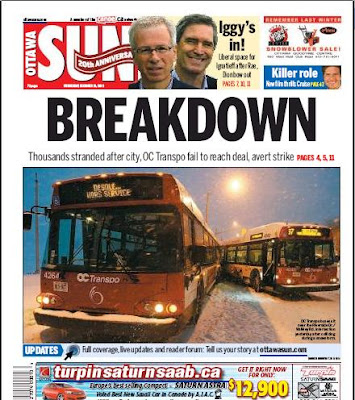 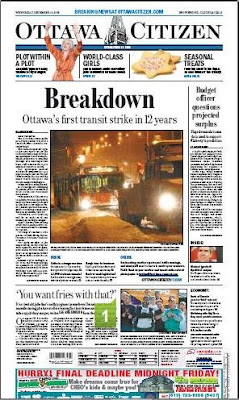 Day One of the strike was predictably worthy of banner coverage. As the Citizen points out, residents of the city hadn't faced this kind of strike in over a decade. 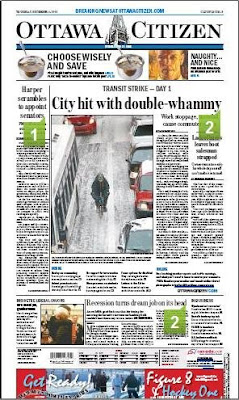 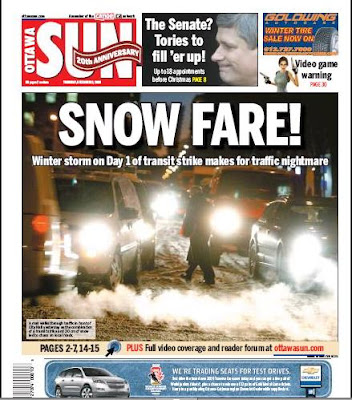 All the news after Day One reported the hilarious-if-it-were-funny coincidence that saw Ottawa receive over 30 centimetres of snow just as buses stopped rolling. And the "double whammy" wasn't just local news, as national media picked it up. 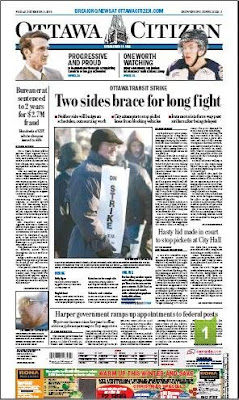 The Citizen reports today that this could be a long strike. Both sides are settling in. 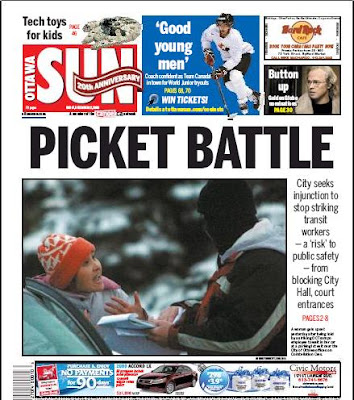 Images like this in today's Sun can't help cooler heads. According to the caption, this is an Ottawa woman being told by an OC Transpo official "to wait in her car at a parking lot exit near the City of Ottawa offices on Constellation Crescent". Now, that is very little context for the situation. But the bottom line is that this photo is filled with anger.

Ottawa's residents might be annoyed, frustrated, and generally angry about this strike, but the city's newsrooms are clearly abuzz.
Posted by Nick at 10:36 AM