On Monday, the Transit Commission will be presented with the new fare strategy, proposed by OC Transpo, for Confederation and O-Train lines. The report suggests fare gates or turnstiles, fare vending machines, and electronic customer service boxes to be installed at rail station entrances.

As part of the fare plan, OC Transpo wants to implement fare-paid zones at major transfer and terminus stations. A fare-paid zone is an area where customers have already paid and are not required to further validate their fare in the station. The idea behind fare-paid zones is to make bus-rail connections as smooth as possible with minimal transfer delays for passengers. It means all-door boarding on buses, even on regular-sized 40-foot buses. Fare-paid zones are similar to the current POP areas at O-Train stations except that passengers won't be asked for proof of payment.

The proposed stations to have the fare-paid areas are Tunney's Pasture, Bayview, Greenboro, Hurdman, and Blair. A case could be made to include St. Laurent on that list since the station would already be designed to easily allow a fare-paid zone. The only pedestrian access on the upper level is the crosswalk to the shopping mall, which can controlled by fare barriers. Unless OC Transpo wants to keep the St. Laurent sales centre open, there's really no reason not to have a fare-paid zone.

For those walking off the street to take the bus at one of these stations, they will have to pay at a fare barrier before stepping onto a bus platform. When fare payments are being made outside the bus, in theory, boarding times should be reduced.

The City's concept diagram of the future Tunney's Pasture LRT station shows bus platforms as being part of the fare-paid zone: 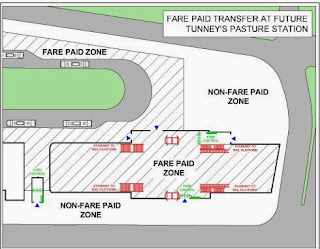 There are a few other things to note about the proposed revamped fare system. The current time-based transfer system would still be applied to all rail stations. Barcodes on transfers are suggested to make transfers readable to fare machines. Presto cards will continue to be used. In the document, the City provides this quick-reference table on how each fare method will be used across the transit system: 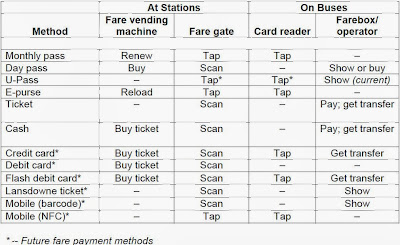 Along with the budget and special effects, or to be more accurate, more importantly then the technical elements, Star Trek pulsates with life and the human element thanks to a superb ensemble cast. https://royalcbd.com/product/cbd-oil-250mg/