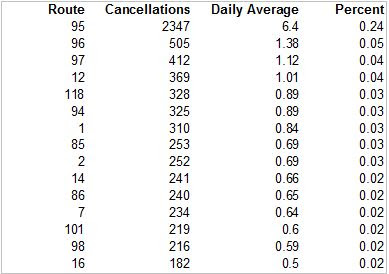 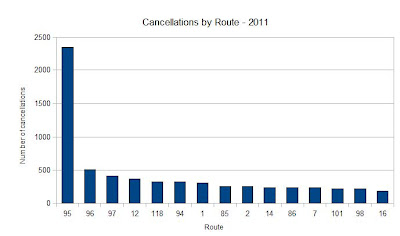 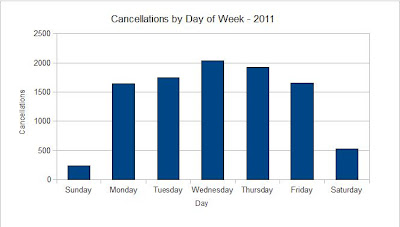 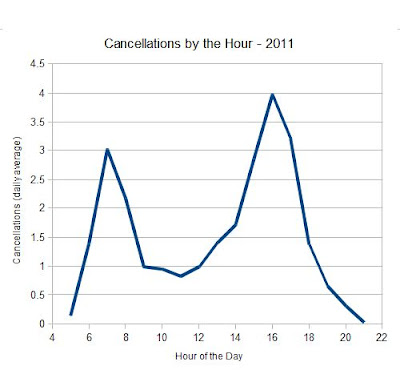 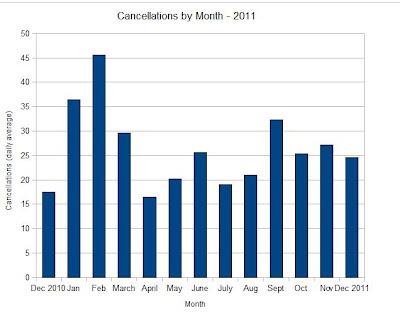 January and February saw over 35 cancellations per day, on average, which is primarily due to heavy snow falls and snowstorms. In September, many routes were modified and customers needed some time to adjust to the new routes. Normally, in September, students return to school and people are returning from holidays. The combination of increased ridership, cut buses, and some confusion and enquiries over the new routes created some reliability problems.
OC Transpo reports about 27 cancellations per day on average, which is a very small fraction of all the runs in the system on a given day. Absent buses are due to bus breakdowns, chronic unreliability of the route, traffic jams, bus collisions, shortages in available buses and drivers, and similar events.
Posted by Wes Chu at 7:00 AM